Clyde has a diverse background, with qualifications in marketing, business, and customer relations. Her favourite pastimes are yoga and outdoor sports, and combines her skills and interests here at Bodyworkz.

Eli is currently studying Exercise Physiology and spends his time working out and helping out at the gym. 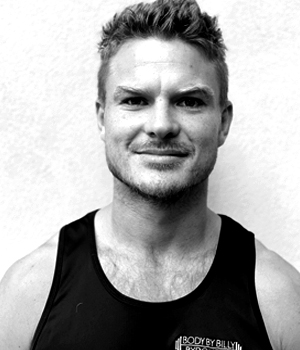 Cert 3 & 4 in Fitness
Driven by a love of fitness and a holistic approach to wellbeing, I am able to train absolutely anyone. If you are just stepping into the gym for the first time, looking to hit a specific goal or to work at an elite level, I can help you achieve your goals.
My life has always been filled with sport. I have competed at state and national levels in volleyball, athletics and AFL. I also love kick boxing, weight lifting and cross-fit, and share all that I have learned by coaching local AFL.
I come from a fitness background. My father was a personal trainer, my mother is a yoga instructor, as is my brother. I have learnt that nothing replaces discipline, dedication and turning up every day ready to go. Whilst I will not do your exercise for you, I will be present, I will be prepared, I will be alternately gentle or tough as the situation requires, and I will do whatever is needed in helping you achieve your individual goals. In a time when personal wellbeing and mental health is so important, I would add that sometimes just getting to the gym is the goal. In the past I have experienced anxiety and depression and I know that creating a stronger, more powerful version of yourself isn’t achieved with just ‘sets’ and ‘reps’. It is an individual and multifaceted process. Please contact Bodyworkz if you would like to do some personal training or just come along to a group class and let’s meet face to face. 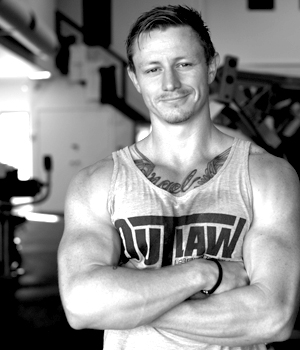 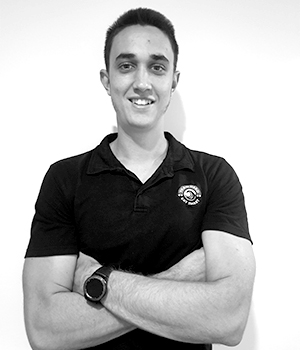 Matt grew up living on the far north coast where he developed a passion for good health and sport. This passion continued to grow in his life from playing many sports including basketball and soccer.

It was during this time Matt experienced several injuries but witnessed first-hand, how movement can greatly improve an individual’s health. He strongly believe everyone can and should engage in physical activity in some form or another to improve their health and wellbeing.

This can include sport specific skills and exercises to develop someone’s sporting potential and reduce injury risk. It can also include rehabilitative exercise and activity to promote healthy ageing and the prevention of chronic disease or illness.

Matt believes good health must include activity specific to individual’s needs and progressed over time. His aim is to help you, to help yourself. 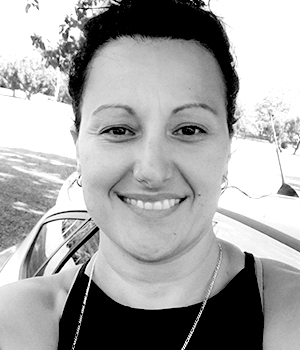 Meg has worked in the fitness industry for 16 years as a Group Fitness Instructor & Personal Trainer.

Having trained in six Les Mills programs plus multiple other styles of training including Boxing & Functional Training she brings a wealth of experience to Bodyworkz.

Outside of all this, she is a dedicated Mum of 4, Graphic Designer and LCHF Nutrition Coach. “I love what I do & I love the people I have the privilege to work with & help to achieve their goals” 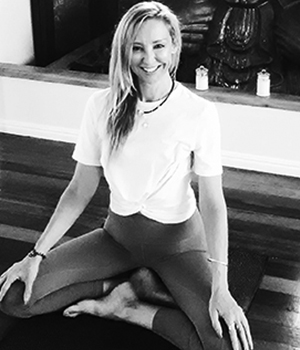 Belinda is a passionate and dedicated Yoga teacher. She shares the practice joyously and with much love.

Yoga has been a constant practice in her life for many years and she is constantly learning and developing.

Yoga  has made  Belinda stronger, healthier, happier in her mind body and soul, allowing her to be more present with the ones she loves.

Her classes combine creative sequencing, a spirit of playfulness and provide an atmosphere that will allow the students to challenge themselves as much as they would like to.

“My hope is that you step off your mat feeling refreshed and balanced.  But most importantly, I hope you leave with a feeling of peace, contentment and stronger in all aspects of mind, body, and spirit” 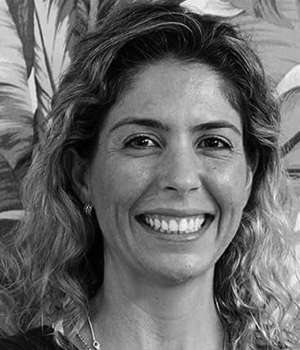 Debora has been a Pilates instructor for over 10 years.

She has completed a degree in Exercise Physiology in Brazil in 2007.

She is passionate about movement and helping people to improve strength, mobility, and stability in a fun and energetic Pilates class. 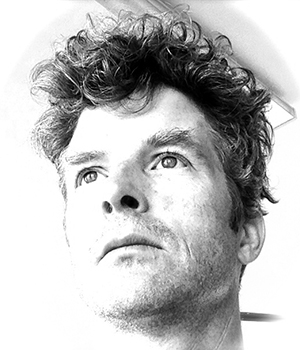 Ed is a Certified Group Trainer, Certified Personal Trainer, Fundamental Pilates MatWork Instructor and C.H.E.K. Practitioner with eight years’ experience working in gyms and pilates studios.
He teaches Fundamental Mat Work which is a pure Pilates Mat class - methodical, and delivered with attention to detail. The focus is on building core awareness and strength, movement awareness through isolation and integration, flexibility and stability. 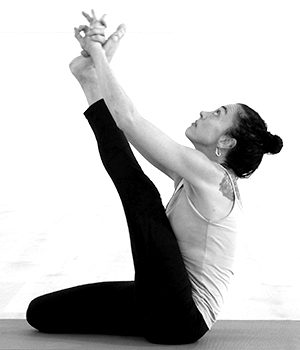 Melissah has been practising yoga since 1984. Travelling in India in the late 80’s she discovered Yoga as a way of life, something she has not witnessed in Western culture.
Returning to Australia in 1995 Melissah moved to Byron Bay and discovered Yoga with world renowned Louisa Sear.
Melissah became a regular at her studio and intuition and kindness were the first gifts she received from her new teacher Louisa. Her practice of Pranayama and Astanga began to improve all areas of her life. Louisa became Melissah’s mentor and trained her as an assistant teacher in her classes, gifting Melissah with unique theoretical and practical knowledge. This experience has shaped her life.Melissah completed a Certificate IV, 9 month teacher training with Louisa Sear and became part of the Yoga Arts family whilst assisting internationally and Instructing and adjusting on retreats and trainings.
In 2001 she became pregnant and yoga as the foundation of her enables her to move more gracefully through the inevitable changes in life.
In 2017 she returned to Bali to study Yoga Arts advanced teacher training in which Pranayama and meditation subsequently became her greatest and rewarding challenge. 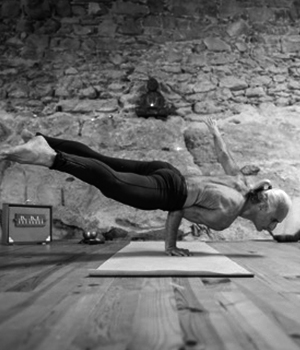 Simon Borg-Olivier, MSc BAppSc (Physiotherapy) APAMc-IAYT, has been practicing traditional forms of posture, movement, breathing, and mental control for 50 years. He has been teaching for 38 years and has been a registered physiotherapist for 23 years.

Simon works as a research scientist and a University lecturer. He has been regularly invited to teach about lifestyle, posture, movement, breathing, and meditation at conferences, festivals, and intensive teacher training courses internationally since 1990.

He is also co-director of Yoga Synergy, one of Australia’s oldest and most respected yoga schools, which has a style based on a deep understanding of modern medical science and traditional forms of exercise and therapy from all over the world.

Simon has studied with great traditional masters from Tibet, Japan, India, and China. Along with his business partner and fellow physiotherapist, Bianca Machliss, Simon has co-authored many books and scientific articles including ‘Applied Anatomy and Physiology of Yoga’, which is the textbook for two courses they teach at RMIT University in Melbourne,Australia.

Currently, Simon conducts intensive training courses in India, Bali, Europe, and Australia. He also teaches many online courses on the applications of posture, movement, and breathing for fitness, internal health, wellbeing, and longevity.